So, you must have been wondering which type of traveller comes to Uganda because you want to place yourself into one fo the comfortable groups to visit Uganda. Here we break down the groups we serve into 3 — private or couple’s safari, family safari traveller and solo traveller. Take your pick and find which one suites your travel style. 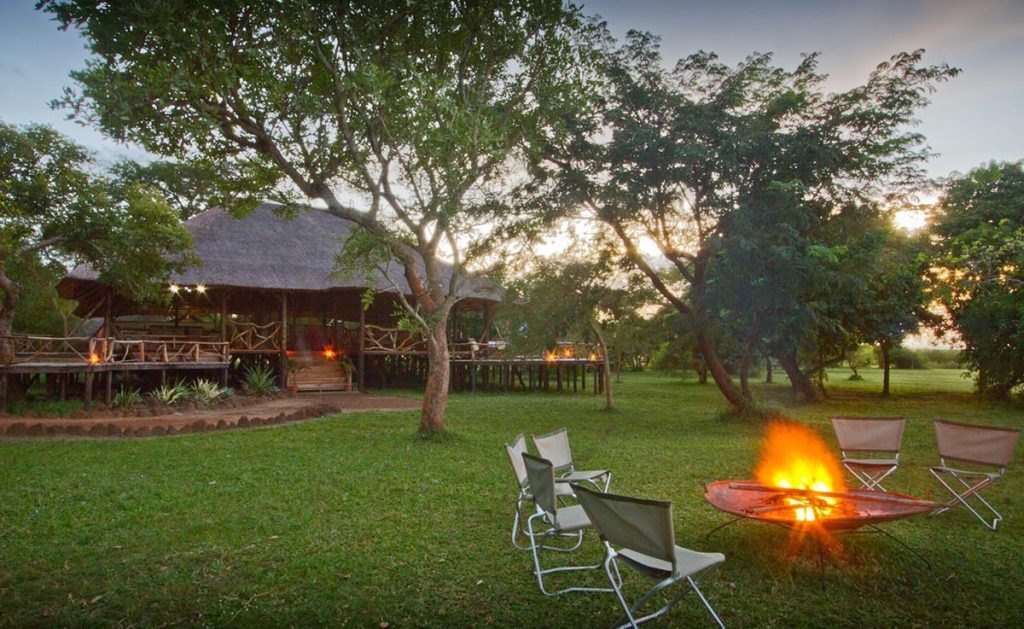 Romantic or Couple’s safaris in Uganda

Uganda has lots to offer for adventurous, wildlife-loving couples who are looking for memorable experiences, whether it’s tracking primates in the rainforest, seeing rare wildlife and birds on safari in game parks, climbing Africa’s third highest peak or white-water rafting on the continent’s longest river.

If you want to get off the beaten track and away from the crowds, there are plenty of wilderness areas in Uganda that offer a true escape. The country also has excellent high-end lodges and camps tucked away in its most beautiful places – on mountain foothills, in forests and on islands and lakeside beaches – where you can experience romantic luxury in intimate rooms and suites with extras such as private decks and plunge pools.

With the biggest concentration of national parks and wildlife as well as some incredible landscapes, Western Uganda is the top region for couples travelling in the country. Mountain gorilla trekking comes up at the top of most travellers’ lists for Uganda, closely followed by chimpanzee trekking, and both of these activities are on offer in Western Uganda. In the same region, Murchison Falls National Park and Queen Elizabeth National Park are the two most popular parks for big game safaris by car and boat, while the crater lakes area offers idyllic walking trails. Hiking in the Rwenzori Mountains is a highlight for active couples, and the truly fit can take on the challenge of climbing to the top of Mount Stanley, Uganda’s highest peak.

For adventure-seeking couples, Eastern Uganda is unmissable. Here you’ll find Uganda’s adrenaline centre: the laidback town of Jinja, on the shores of Lake Victoria. Just about every outdoors activity under the sun is on offer here, but the biggest draw is the thrilling white-water rafting on the huge rapids of the Nile River.

Highlights of Romantic Safari in Uganda

Coming face-to-face with wild mountain gorillas in their natural habitat, tracking our closest ape cousins – chimpanzees – in dense rainforest, going in search of tree-climbing lions in Queen Elizabeth National Park, exploring the landscapes and wildlife of Murchison Falls National Park on a self-drive safari, trekking in the snow-capped Rwenzori Mountains, getting the adrenaline going on a white-water rafting adventure on the Nile River, staying in romantic rooms and tented suites in luxury lodges placed in Uganda’s most beautiful corners and indulging in special treats such as bush picnics for two organised by your lodge.

What You Should Know

Travelling by car in Uganda does feel like an adventure but it’s a slow way of getting around, as roads are rough and distances can take much longer than you’d expect. If you’re short on time and want to maximise your days in Uganda, consider flying on small planes between the national parks. In general, it’s best to spend a few days in each place rather than rushing from one destination to the next. Part of the magic of spending time in the wilderness is having time to soak up the serenity of the natural world.

Public displays of affection are not the norm in Uganda. To be respectful, try to be more reserved when in public

In Uganda, same-sex relationships are illegal. LGBTQ couples should be discreet about their sexuality and not show any signs of affection in public. 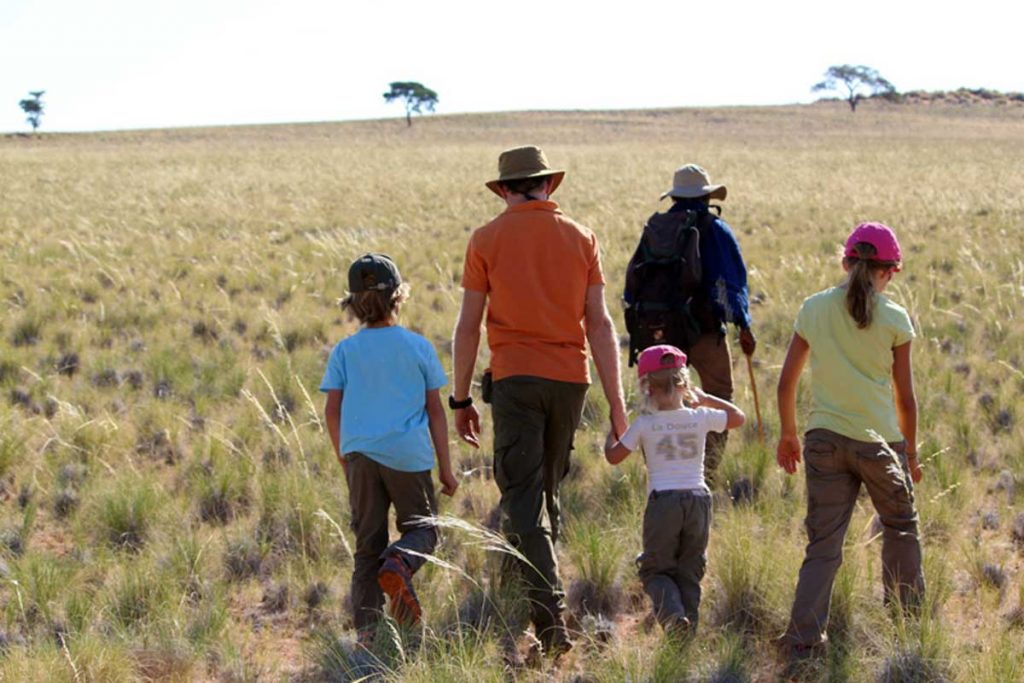 Uganda is a wonderful choice for a family safari holiday, offering some of the most memorable wildlife experiences on the continent, game drives in national parks without the crowds, island and lakeside beaches to while away relaxing days and more outdoors activities than you can shake a GoPro stick at.

For a family holiday in Uganda, Western Uganda is the top region to visit: home to most of the country’s national parks, reserves and natural attractions, it offers spectacular wildlife, astonishing landscapes to explore and lots of outdoors activities. For families with older children, mountain gorilla and chimpanzee trekking are two top highlights, while children of all ages can enjoy wildlife spotting in the most popular national parks of the region – Queen Elizabeth and Murchison Falls – and guided nature walks to spot birds and monkeys in the region’s beautiful rainforests, such as in Budongo Forest Reserve.

Central Uganda also has some wonderful attractions for families: children above the age of six can track rhinos on foot and go in search of shoebill storks in canoes at the Ziwa Rhino Sanctuary, and for children who are under the age of 15 and can’t go chimp trekking, a visit to Ngamba Island chimpanzee sanctuary is a great alternative. Scattered in Lake Victoria, the Ssese Islands also make for a relaxing beach destination with some fun activities, such as wind surfing and fishing.

For active families, Eastern Uganda is home to the adrenaline capital of East Africa, Jinja, which lies at the source of the Nile River. For children above the age of eight, white-water rafting is a heart-pumping adventure and there’s plenty more fun to be had on the river, including boat cruises, stand-up paddle boarding and kayaking. Then on land there’s bungee-jumping, horse-back riding, quad biking and mountain biking – more than enough to keep even the most energetic of children entertained for a few days.

Highlights of a Family Safari in Uganda

Highlights for families travelling in Uganda include wonderful wildlife encounters – tracking mountain gorillas, chimpanzees, rhinos and shoebill storks and seeing rescued chimps on Ngamba Island, exploring the savanna and rivers of Queen Elizabeth National Park and Murchison Falls National Park to see lions, elephant, giraffe, leopards and hippos, experiencing and learning about the amazing primates, birds and butterflies of Western Uganda’s biodiverse rainforest on guided walks and exciting activities, from windsurfing in the Ssese Island archipelago to white-water rafting on the Nile River. 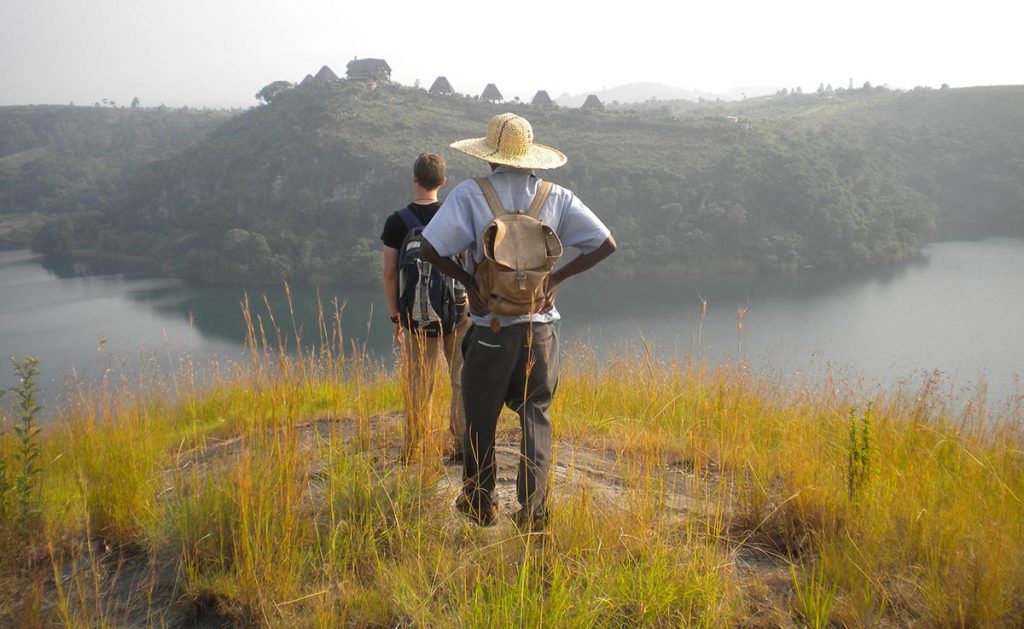 The best region for solo travellers in Uganda is Western Uganda, where you’ll find most of the national parks and reserves as well as magnificent landscapes and a huge array of different activities. In Western Uganda, you can go mountain gorilla and chimpanzee trekking in Bwindi and Kibale Forest, wildlife spotting and birdwatching on the rivers and savanna of Queen Elizabeth National Park and Murchison Falls National Park and hiking in the crater lakes area. Adventurous travellers can join a guided group trek in the dramatic Rwenzori Mountains.

A great place to base yourself in Western Uganda is Lake Bunyonyi, from where you can easily go gorilla trekking in Bwindi, but also do a number of outdoors activities in the lake and in the surrounding area. In Eastern Uganda, Jinja is an ideal place for solo travellers. There are endless activities to fill your days, and you’ll be able to meet lots of other travellers in the town’s bars and restaurants.

Hiking through misty rainforest to find a group of gorillas playing, feeding and grooming one another, chasing a troop of chimpanzees as they swing through the treetops above you, spotting tree-climbing lions on a guided game drive in Queen Elizabeth National Park, going on a boat cruise to see the magnificent Murchison Falls, discovering villages and plantations on hikes around the crater lakes, chilling out at a lakeside resort in Lake Bunyonyi, getting your adrenaline pumping tackling the rapids of the Nile River.

What You have to Know

Practical informationSolo female travellers should take the same kinds of precautions that they would anywhere else: ask locals for advice on what areas to avoid when you’re in a city, don’t walk by yourself on quiet streets after dark and don’t flaunt your valuables. Ugandan women tend to dress conservatively (always covering their knees) so if you want to minimise drawing attention to yourself, wear shorts or skirts that cover your knees, and t-shirts that aren’t too tight. The safest form of transport in a city is a private taxi.

It’s best not to hike alone in case anything goes wrong, so if you can, meet up with another traveller or take a guide when going on hikes. If you do go hiking or driving by yourself in remote areas, make sure you tell someone what your route is before you leave.

Where To Go in Uganda

Expert help!
Open chat
1
Powered by
Hi,
Someone is available to chat about your travel plans. Need a quick chat, just click this button down here!
Loading Comments...