Lake Mburo National park is strategically situated a few kilometers off the main highway from Kampala to the western region for Uganda through Mbarara. The park is situated in Kiruhura district about 30 km by road before Mbarara (the largest city in the sub region) in the Eastern direction and about 240km from Kampala- the capital and largest city of Uganda. Lake Mburo National Park covers an area of 260 sq.km and it is the smallest of the savannah national parks of Uganda.

Initially, Lake Mburo National Park started as a controlled hunting area in 1933, in 1963, it became a game reserve and it was finally declared a national park in 1983 under the regime of President Milton Obote. However, after the collapse of Obote`s government, the park was again destroyed by the Ankole and Bahima pastoralists who used the area for grazing and hunting wild animals until 1986 when it was finally restored by the National Resistance Movement government. And it is currently under the management of Uganda Wildlife Authority (UWA).

The park`s name was derived from the existing lake Mburo which forms part of a 50km long wetland system linked by the swamp together with other 13 lakes in the area of which five lakes lie in the borders of the park. Most of the park area is covered by woodland, the savannah is scattered by forested gorges and rocky ridges while the lakes are lined with patches of papyrus swamps, and narrow bands of lush riparian woodland. All these landscapes of the park feature a variety of wildlife of up to 70 species of mammals including Impalas, hippos, warthogs, oribi, Topi, reedbuck, Defassa waterbuck, buffalos, zebras, elands, jackals, leopards among others and up to 350 species of birds.

What to see in Lake Mburo National park

Lake Mburo National Park currently inhabits over 350 bird species which makes it a birder`s paradise despite being small in size. Common species of birds in Lake Mburo national park include; Red-faced Barbet which is only found here, the endemic African Finfoot and the rare Shoebill. The Saddle-billed Stork, Papyrus Yellow Warbler, Brown-chested Lapwing, Carruther’s Cisticola, African-wattled Lapwing, African Scops Owl, Tabora (Long-tailed) Cisticola, White-winged Warbler, and Abyssinian Ground Hornbill among others. Lake Mburo National Park is a delight park for Birders with its variety of bird species found in the area.

Initially, Lake Mburo national park was known as Kaaro Karungi (the beautiful land) by the Bahima (local natives) because of being ideal for grazing their long-horned cattle. After gazzeting the park, these people were displaced and now they live adjacent to the park together with their long-horned cattle.  Impressive traditions embedded in the customs, arts and crafts and the values of the Bahima. One of the attractions to encounter on the Uganda safari is one of their worshipping places, the ancient Precambrian rocks. 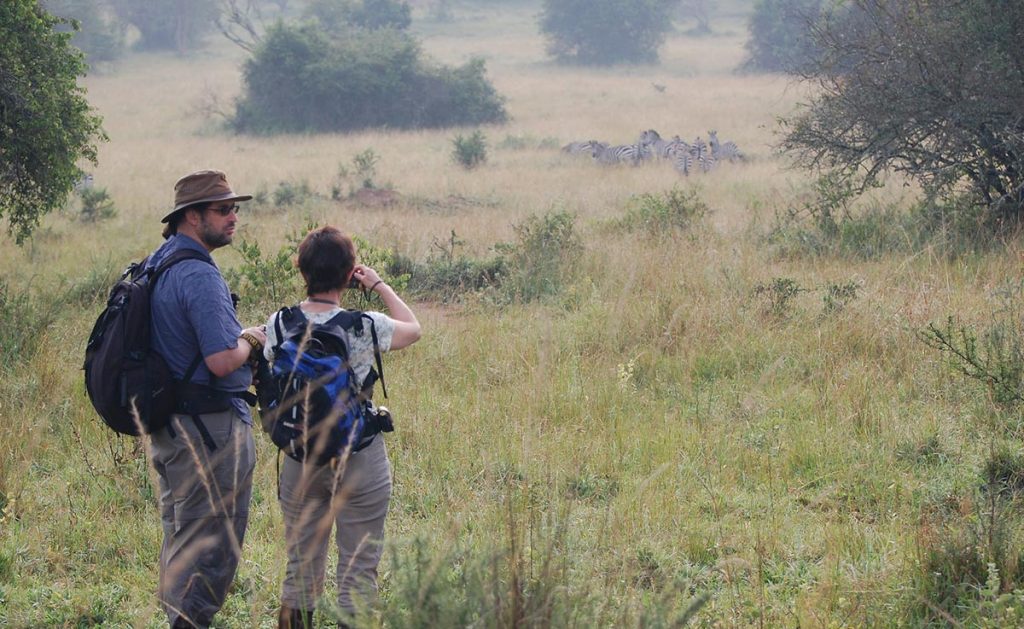 Game Drives in Lake Mburo National park offers one great opportunities of seeing various animals and birds, game drives are done in company of a professional and knowledgeable ranger guide who is able to identify various birds and animal species for you. Game drive in this park rewards with views of giraffes, elands, Impala, leopards and on a lucky day you can spot lions. In the while of western Uganda, Burchell Zebras can be found in Lake Mburo. Lake Mburo National Park and its rolling hills, swamps and lakes allow a good scenery of the authentic Africa where Tanzania Meets Uganda. 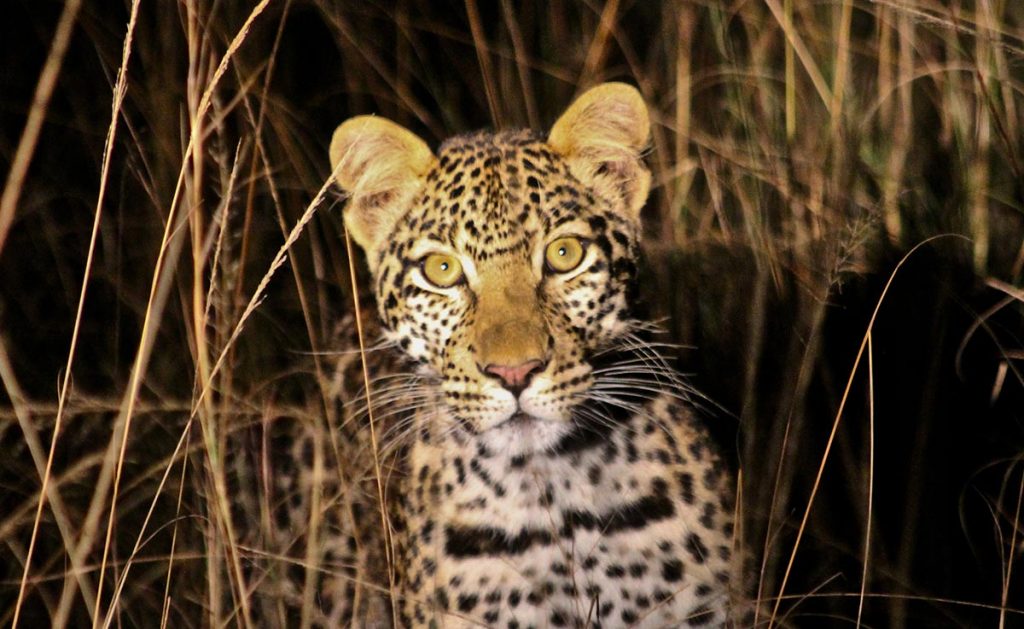 Night game drives are some of the most rewarding activities in lake Mburo National park, using spotlights, search for wildlife that mostly feed in darkness such as leopards, jackals, Bush babies, porcupines and sometimes lions. The night game drive takes about 2.5 hours after dinner at the lodge. 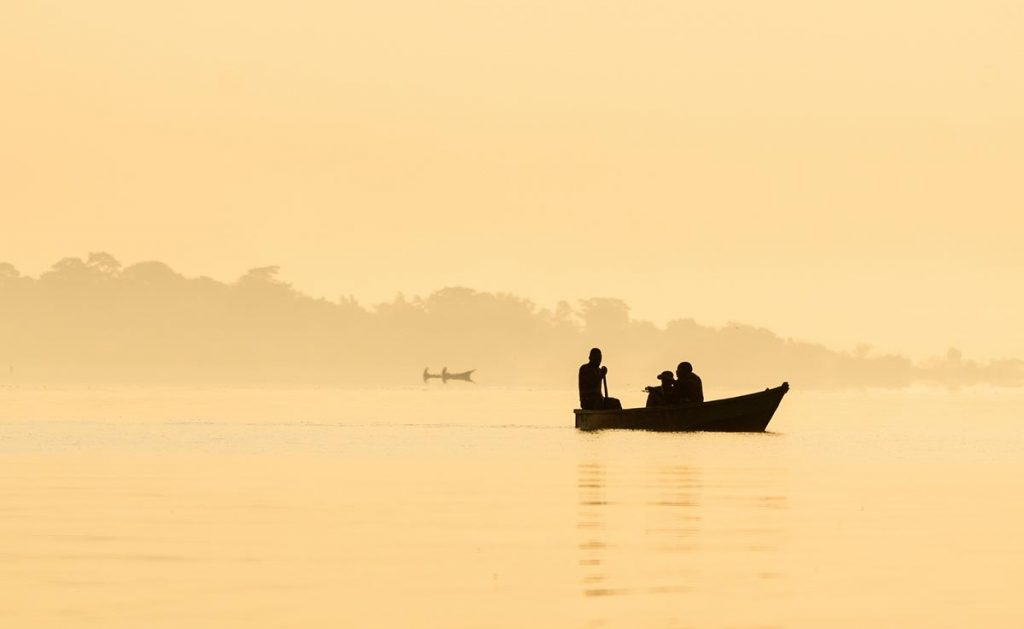 Boat cruising along lake Mburo is one of the fascination activities in the park. The activity allows one to explore the views of lush flora and fauna along the lake and the various wild game that come on the lake shores to quench their thirst. Commonly seen animals include hippos, crocodiles, zebras, antelopes and otters that are found in the lake. Look for beautiful bird species like Malachite Kingfishers, Rufous Long-tailed Starlings, Pied Kingfishers, Blue-headed Weavers, Hammerkops, African Fish Eagles, Green-necked Doves, Pelicans, Herons, Cormorants and the rare shoebill stork.

Lake Mburo National Park is among the finest areas for birding in Uganda with up to 350 species of birds. The swampy valleys of Miriti, Warukiri, and the roadsides between the jetty and Rwonyo camp are the excellent bird spots in the park look out for rare species like the shoebill and other birds like Rufous-bellied Heron, Grey Crowned Crane, Coqui Francolin, Bateleur, Brown-chested Lapwing, Black-bellied Bustard, Emerald-spotted Wood-Dove, Red-headed Lovebird, Ross’s Brown Parrot, Turaco, Bare-faced Go-away-bird, Common Scimitarbill, Green Wood-hoopoe, Red-faced Barbet, Nubian Woodpecker, White-headed Barbet, Long-tailed Cisticola, Red-shouldered Cuckoo-shrike, Yellow-breasted Apalis, White-winged Tit and the Finfoot, among others.

What makes Lake Mburo National park special from other parks in the country is the nature walk which can be done in either part of the park in company of the armed ranger guide, explore hyenas, hippos, buffalos and other wildlife species, not forgetting birds and butterflies in the forested areas of the park. Walk to the top of the hills in the park for the best sightseeing of the park and beyond. You have chances of experiencing the scenery of 9 regional lakes that are found in the area.

Wildlife viewing and other attractions in the park while seated on the back of the Horse is only possible in Lake Mburo National Park in the whole of Uganda and it is one of the best ways of viewing wildlife found in the park.  Mihingo Lodge trained and professional staff that can take you out for horseback riding safari in Lake Mburo National park. Enjoy the freshness of the air with no artificial sounds of engines, nor smell but rather the serenity of wildlife while visitors are watching seated on the back of an animal.

Enjoy fun of exploring lake Mburo National park and the surrounding areas on a bike. Guided bicycle rides have a minimum time of one hour as you ride through herds of impalas, zebras, buffalos in the flat area of the park. Bicycle riding in the park is a great way of experiencing nature on your Uganda safari.

The cultural encounter involves the host-guest interaction which is an opportunity for visitors to explore into the local traditions. Have a chance to interact with the Bahima surrounding community and learn about their beautiful Ankole long-horned cattle, their customs, values and art and craft including the traditional hut, the milk platform, music, dance and drama among others. At the park boundary thrives the Enyemebwa center where visitors have a chance to enjoy this cultural experience.

Lake Mburo national park does not have many lodges but probably enough lodges that fits the expectations of all kinds of guests.

Lake Mburo Safari lodge and Arcadia cottages are in the moderate rankings.

Budget travelers can use Eagle`s Nest which are ensuite tented cottages, Rwakobo Rock and Rwonyo Rest Camp are all available to meet the lodging needs of a traveler.

How to get to Lake Mburo National Park

Lake Mburo National park is approximately 240km from Kampala through the Kampala- Masaka-Highway and it is located between Lyantonde town and Mbarara City. Visitors to the Park can use one of the two roads that branch off from the main road heading to Mbarara. Sanga gate is 37km east of Mbarara while the Nshara gate is 20km from Lyantonde town and 50km from Mbarara. For those coming from Kampala, the Nshara gate is the nearest route to the park, while those from the western side of Uganda, Sanga gate is the ideal gate.  The signposts that lead you to the park are clear and visible to direct the park visitors.  A 4×4 safari vehicle is recommended because the road is rough.